How to Dial Letters on Android? You want to call the company’s phone number after watching an advert on your television. But, you can only find letters tailing after the numbers.

If you’re not that techy, you won’t even know that those letters in a phone number are vanity numbers.

Vanity numbers, or phonewords, are custom phone numbers that follow a pattern to help people better remember them. Businesses commonly use these vanity numbers to help in marketing their product.

And they’re usually toll-free, so you won’t need to worry about extra charges when dialing them.

But how can we dial those letters on an Android phone? Do we need to type each number out and wait for Android to convert those letters to numbers?

How to Dial Letters on Android

To dial letters on Android, know that each number corresponds to a certain group of letters. 2 is for A-B-C, 3 is for D-E-F, and so on. All you have to do is find under which number the letter falls and press the letter once, twice, or three times depending on the position of the letter. Repeat this for all the letters until the phone number is complete.

Parts of the Vanity Number

Before you dial those letters away on your Android phone, you need to understand what vanity numbers are.

Aka phonewords, vanity numbers are custom-made, toll-free phone numbers that help businesses with their marketing. Aside from that reason, words are more memorable than a random string of digits.

To fully understand these custom phone numbers, know that vanity numbers are made of two parts: numbers and letters.

The first few numbers of the vanity number are what you call the prefix. This is the part where the toll-free number is found.

The second part is the special word that represents the company or the brand.

So, to get started with dialing those letters, you first need to tap the phone icon on the home screen. Usually, you’ll find this in the widget area.

On some Android phones, the keypad appears straightaway on the screen. But, just in case you don’t see it, press the keypad icon to the lower right of the screen.

Now, you’ll notice the group of letters under each number, starting with 2.

Then, go back to the vanity number you listed earlier and use the “code” above in decoding the numbers behind those letters.

Think of it like decoding a mystery number right within your Android phone!

Say, for instance, the vanity number of the company you’re calling is 1-800 (this is the toll-free number) – CRACKER.

To dial the letters, find what number the letters are found on the keypad.

The decoded vanity number for 1800-CRACKER is 1-800-272-2537. After which, tap once on the corresponding number keys before pressing the call button.

Long before these ingenious smartphones came out, the world enjoyed using non-smartphones known as dumbphones.

These dumbphones allow the user to type out letters and numbers on the screen using a tactile keypad.

And, just like on Android phones, each number has a corresponding set of letters under them. But, while Android phones and dumbphones are the same in this aspect, they function differently.

On dumbphones, the keypad can be used for dialing numbers and texting. If you’re texting, you have to tap the numbers multiple times to make the letter you want to appear.

If you’re only dialing a phone number, just press on the corresponding number once to make it appear on the screen.

However, if you’re texting the letters as is (not decoding them), here’s how you do it:

In short, if you’re dialing letters on a dumbphone, press once on the corresponding numbers. If you’re texting letters, tap multiple times on the keypad until the desired letter appears.

To dial letters on Android phones, you only need to know under which number each letter belongs.

You won’t even have to memorize them as the letters can be seen under the keypad numbers.

Just make sure that you press once on the said keypad numbers, or else, you’ll end up calling the wrong person or company.

So, if you get to see those vanity numbers on a marketing ad, decode those letters and call the company!

Read about “can you use Android auto on a tablet” next.

Frequently Asked Questions about How to Dial Letters on Android

How to Dial Letters on Android?

To dial letters on Android use:

What are toll-free numbers?

Toll-free numbers are phone numbers containing unique 3-digit codes that can be dialed from a landline or mobile phone without any charges. They help people and companies call someone far away without incurring a long-distance fee for that call.

Can you choose a vanity number for your company?

You can choose a vanity number for your company. Just make sure that you have chosen the word that reflects your brand image and considered the more recognizable prefixes.

Conclusion on How to Dial Letters on Android

To dial letters on Android it is important to know that each number corresponds to a certain group of letters. 2 is for A-B-C, 3 is for D-E-F, and so on. All you have to do is find under which number the letter falls. Once you find it, tap that number once, two times, or three times depending on the position of the letter. Do this for every letter until the phone number is complete. 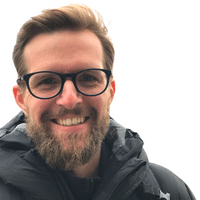